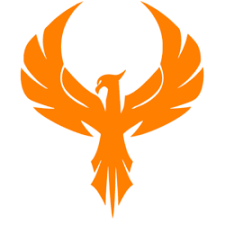 It will be the first Preschool through 8th grade world language school in Riverside County. Just over a year ago, the Board announced plans to transition their Dual Language Immersion (DI) Program from Megan Cope Elementary to Hyatt Elementary.

“The proposed new name will retain the district’s history by including the original name of Edward Hyatt,” explained current Hyatt Elementary Principal Inelda Luna to Board members. “By adding ‘World Language Academy,’ SJUSD’s vision of bringing multiple languages to the campus is maintained,” Luna continued.  She also noted that the name of the school will directly encourage students to enroll in Advanced Placement Spanish or International Baccalaureate classes in high school.

On January 14, Board also took action to approve the enactment of a school-wide uniform policy for students in the new magnet school, similar to what is in place at the district’s San Jacinto Leadership Academy magnet school.  Per the district’s student dress and grooming regulation, requiring students to dress in a school uniform will “assist in creating a climate of physical and emotional safety for students and staff while building a school-wide learning community with clear, consistent, high expectations.” Parents of students in the current DI program are now voting on a final shade of gray for the shirts and navy blue has been selected for the pants for the uniforms.

Principal Luna shared with the Board the student-selected new mascot to go with the new school name, retiring “Eddie” the white tiger for a Phoenix emblem, representing a re-birth of the school similar to the legend of the Phoenix bird.  Design of a logo for the school with the new mascot is being created and will be shared with Board at a future meeting.

SJUSD’s pathway to a school campus housing a dual language immersion program-only gained momentum in the fall of 2017 when the District re-evaluated their elementary school configuration.  Hyatt Elementary was experiencing declining enrollment while Megan Cope Elementary was facing overcrowding and traffic issues, with projections indicating enrollment will continue to increase in the next few years as new housing is built.  A committee was formed with community/parent stakeholders to revise district boundaries and remove Hyatt Elementary as a regular neighborhood school campus for kindergarten through fifth grade, clearing the way for a magnet school.

When Edward Hyatt World Language Academy opens on August 8, 2019, it will be a school of choice.  For more information about enrollment in the new school, please contact Hyatt Elementary staff at (951) 654-9391.